Listings for RuneScape gold and other items on auction sites were very easy to find.

Recently Jagex announced the Citadels Expansion for the venerable and ever-popular RuneScape gold. Aimed squarely at giving Clans a place to live, play, and design their own content (you read that right), Citadels is looking like a massive addition to an already epic game. Managing Editor Bill Murphy got the chance to sit down with three of the game’s designers and talk about the expansion. Clans have always been a big part of the RuneScape player community, but one we hadn’t until recently provided much support for in terms of content. 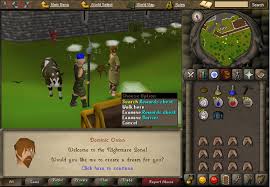 Clans are great for an MMO, players in a community that they have bonded with will want to stay in that community, even if they tire of the scripted content. An MMO with a thriving clan community is a healthy MMO. So in April we released the systems to allow clans as an in-game concept, and Citadels is using that infrastructure to give clans some amazing content. We can now provide clans with a whole load of things that were impossible before – A home of their own, in game goals and rewards, ways of displaying clan status and identity. The various aspects of the Citadel will give the Clan community reasons to recruit and organise, and reward them for their efforts. So the aim is to give a boost to the clan community, and to give fun reasons for more players to get involved in social play.

At one time, listings for RuneScape gold and other items on auction sites were very easy to find. Once placing the winning bid on an auction, the buyer would be instructed to meet the seller in the game’s virtual world to receive the Runescape gold. However, this method became very scarce once Jagex increased efforts to find and eliminate gold sellers.